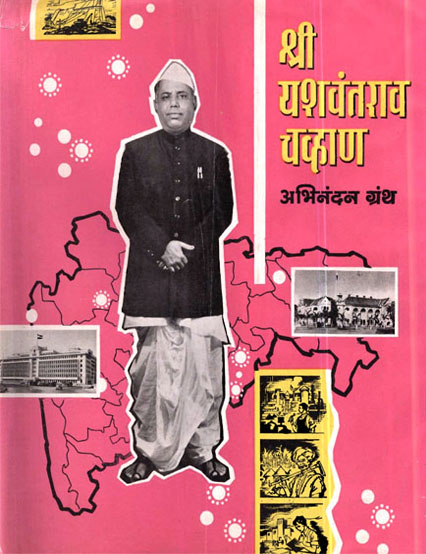 IT IS indeed a happy thought on the part of friends, to bring out Abhinandan Granth and a souvenir on the auspicious occasion of the 48th birth-day of our esteemed Chief Minister, Shri Yeshwantrao Chavan; and I am grateful to the Celebrations Committee for the honour they have done me in asking me to write a Foreword to the same. For over four years now, I have been privileged to work with Yeshwantraoji in close association in the governance of the State, and have imbibed such admiration and affection for him for his many great qualities, that I must confess I feel a little embarrassed in writing about him publicly. I should, however, not like this occasion to pass without paying him my own tribute for his work and worth, and offering my hearty good wishes for his health and happiness. I am, therefore, sincerely thankful for the opportunity given to me for doing so.

The story of our Chief Minister's life is indeed a moving one. Starting with no advantages such as we understand them, and losing his father at the very early age of three, young Yeshwantrao can truly be regarded as the architect of his own destiny. Helped by an elder brother, he educated himself and started receiving distinctions while yet of tender age. Love of country came to his heart very early indeed; and at the age of 16, he was already undergoing a long imprisonment for political activities. He, by no means, ever surrendered his judgment; and only after careful thinking, he joined or gave up any particular political party. He has had, in the course of his life, experience of a good few of these. Service of his people in the truest sense, always attracted him; and he gave his all to the land of his birth. He was, by no means, a mere shouter or flag-waver. He studied carefully before he acted, and chose the great figures of the age to inspire him in his high endeavours.